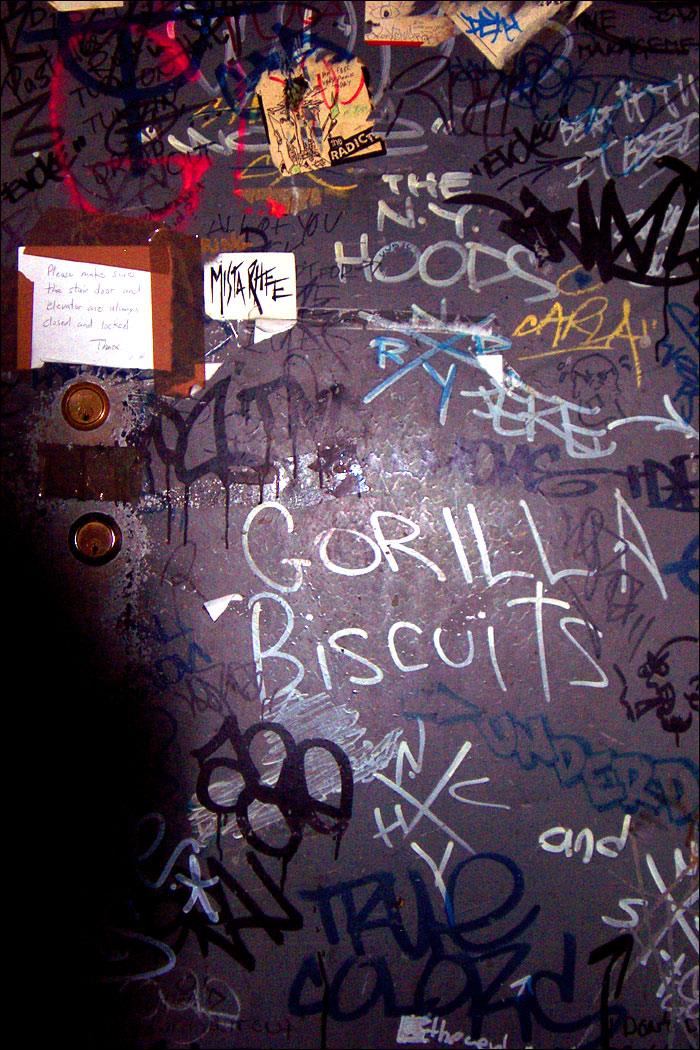 Giant doors had many years and layers of NYC graffiti. All of the NYC hardcore scene tagged on these doors as did many others. 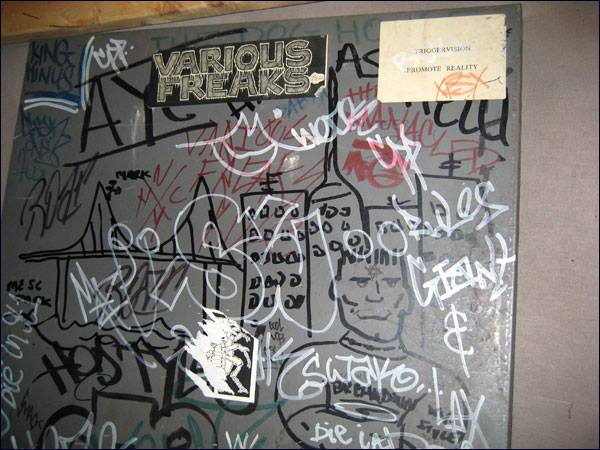 Here are some pictures of the Giant doors from 14th St. that now live at the studio on 28th. When we were building the studio we told Fred that we needed doors. Out of the kindness of his heart he told us we could have some doors from the then closed down empty floor. Fred, Alex and I (and maybe someone else?) went down with a truck and a few crowbars and hammers, let ourselves in and proceeded to hack out 14 doors. When we were just about done one of the day supers came up and started to yell at us. “What the fuck do you think you are doing?!.. you cant do this!! Im phoning Henry!!!”. Fred started yelling back at him that these were his doors and he could take them if he pleased. Meanwhile we hurried the last of the doors out the back. These doors definitely convey the madness and anarchy that was Giant. 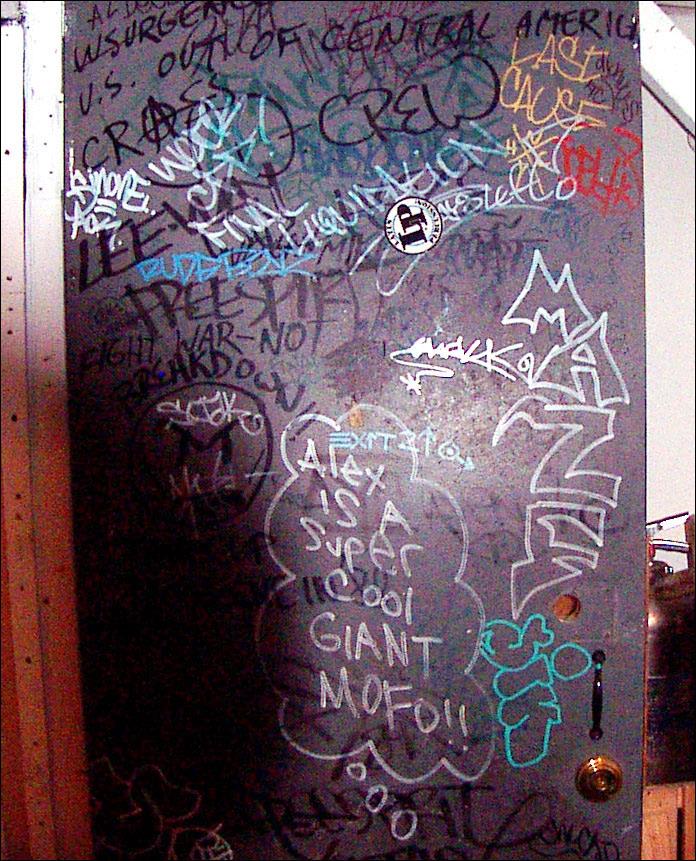 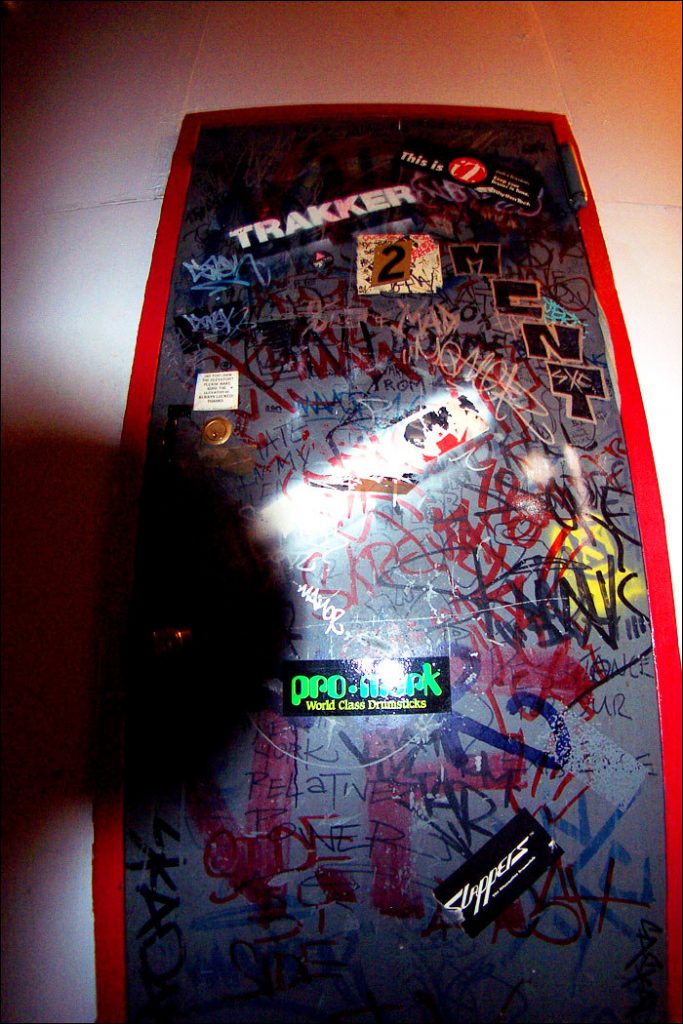 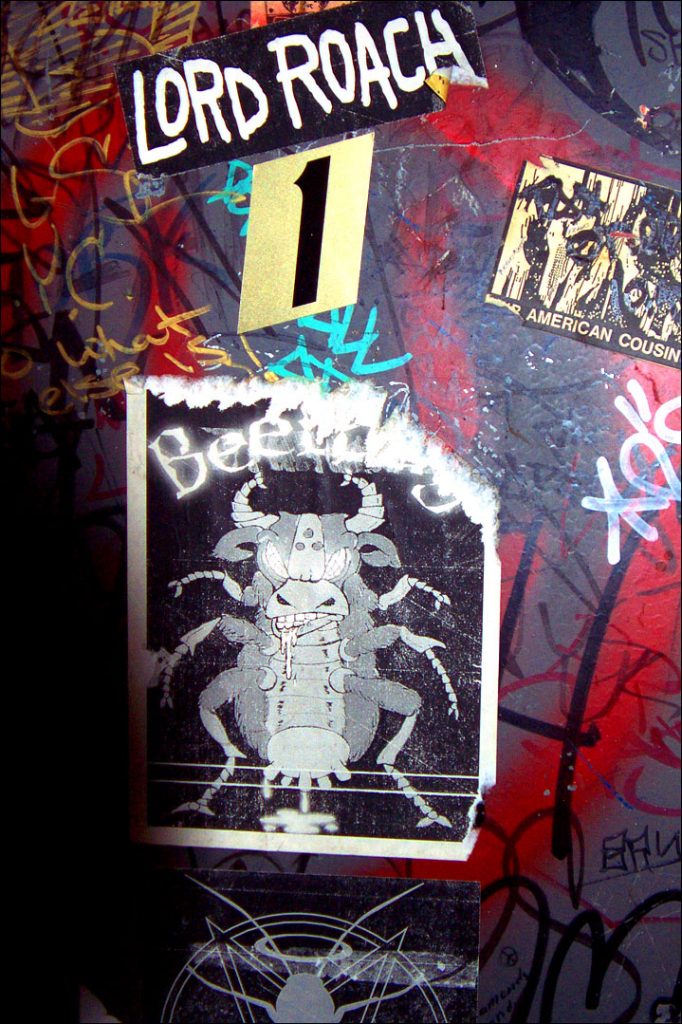 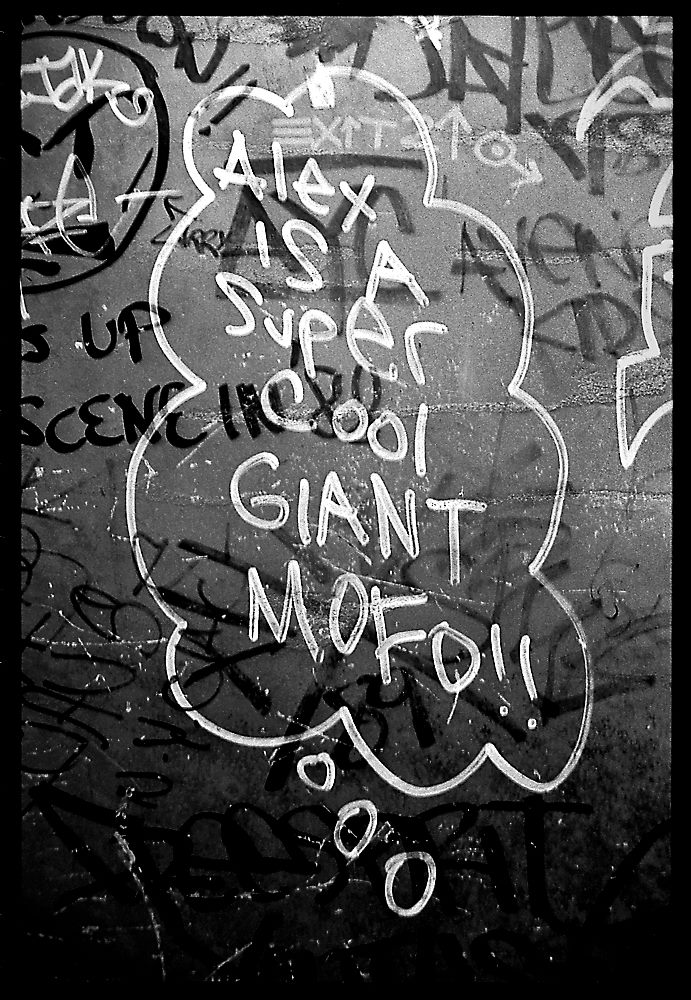 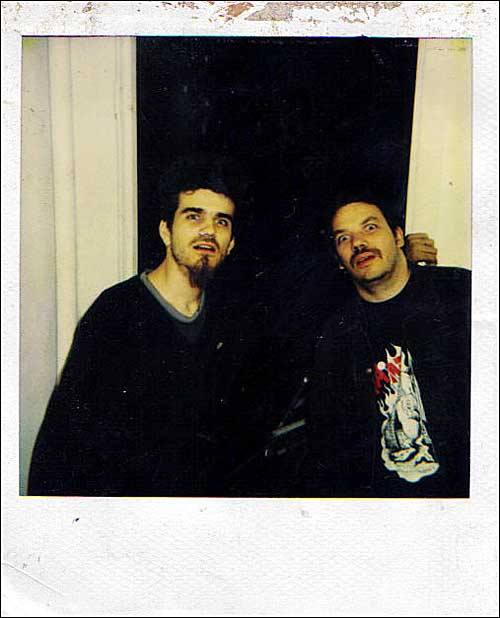 Paul and Alex stunned, stoned and building the third iteration of Giant Studios.