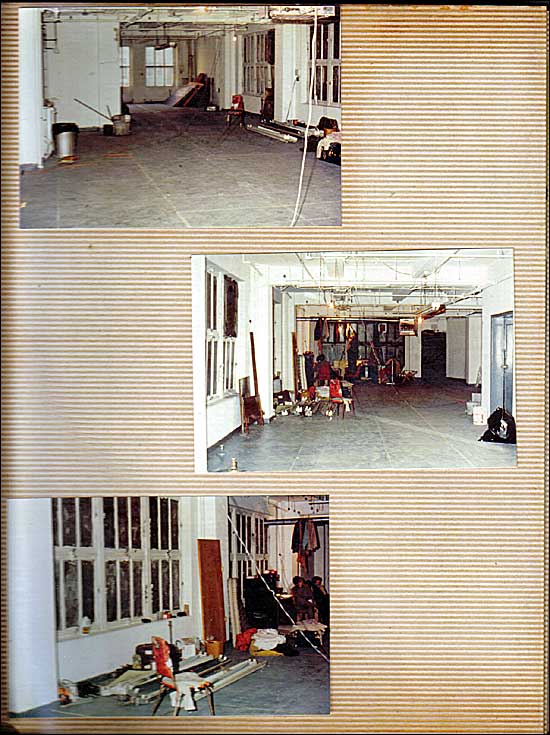 The best place to start a story is the obviously the beginning. So here is the first post,  some pictures of Fred moving into the space on 38th St. These photos and memories by people who were around Giant  tell the story of this crazy and wonderful place called Giant. So without further adieu here we go! 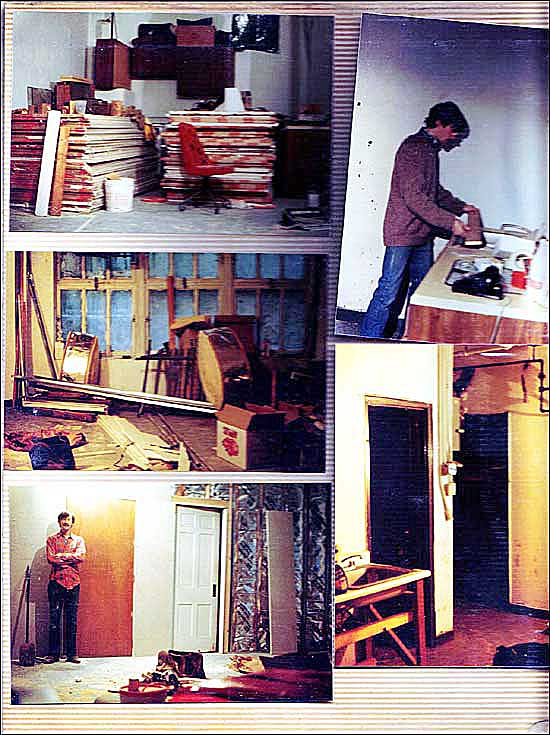 Giant really started out of my desire to live in a loft. I was sitting in my apartment on 6 & B in 1979, talking to my sister Ann on the phone about how I could pay for such a luxury. She was in the health food business and wanted to sell in NYC. Why not become partners in the business, get a loft space as a product warehouse and live there as well? With that idea in mind I set out to find a space. I rented 242 W 38 6th Floor from John Iraqi early the next year. It was an old garment district sweat shop. The place was completely open but had rows and rows of heavily built tables 6 ft wide by 40 ft long. First I recycled all the 2X12 wood which became the framing material for the 5 small rooms and the big room in the back. Most of the rest of the construction materials came out of dumpsters on the Upper East Side. I started selling health food to stores. I couldn’t stand that business or any of the people connected with it – they are so unhealthy! – so I dumped that and looked for another way to pay the rent. I built a common bathroom and kitchen and rented the small rooms out as SROs. Now I had 5 tenants but the space was carrying itself.

I was playing jazz at the time and it didn’t take long before the groups I was in heard about my loft space. One by one they started rehearsing there. The first note of the first band caused a noise complaint from someone on another floor. Little did I know that this would be the bain of my existence for the next 12 years. The real change came when the city started cracking down on loft squatters – living illegally in commercially zoned loft space. I found a loop hole which gave the owner of a business the right to set up small living quarters for himself only. Now all I needed was a business. Well the bands were already practicing here so why not create a DBA and charge money? I had to move all the tenants out which was no fun and convert to rehearsal rooms. After more trips to the dumpsters and help from my neighbor on 6th Street, John Kuhlman and his friend Howie Clifton, the work was moving along. While I was getting the little rooms ready I put an ad in the Village Voice to rent the big room; “One giant rehearsal room for rent for music. Call Fred etc…” The first call I got was, “Is this Giant?” “No” I said, “You must have the wrong number.” I went down stairs for my coffee and picked up the Voice. They had made a headline in the ad, GIANT, then put in the rest of the copy the way I had called it in. The next phone call, “Is this Giant?”, YES may I help you? That’s how I got the name. 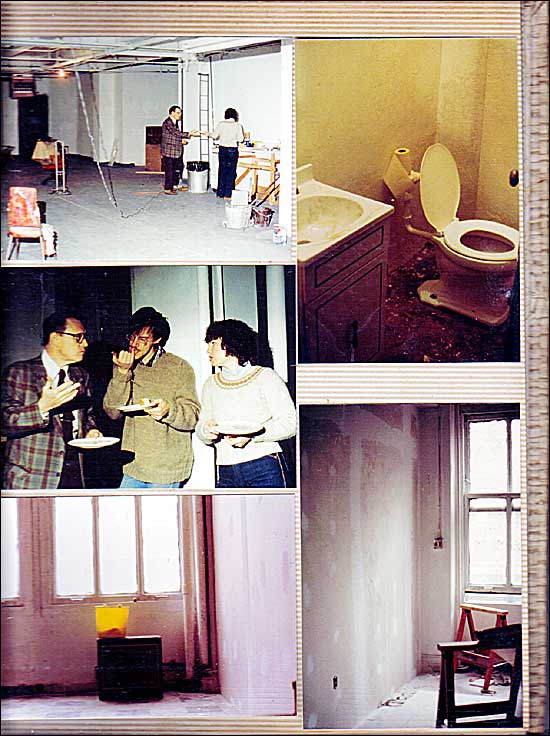 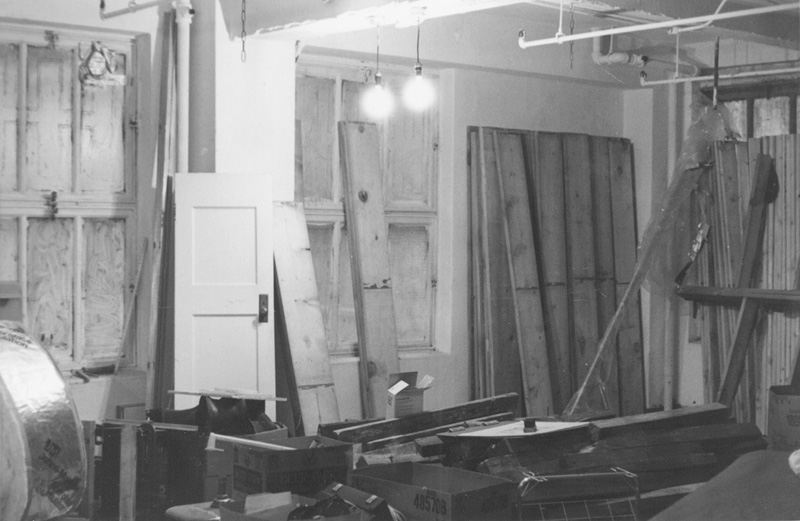 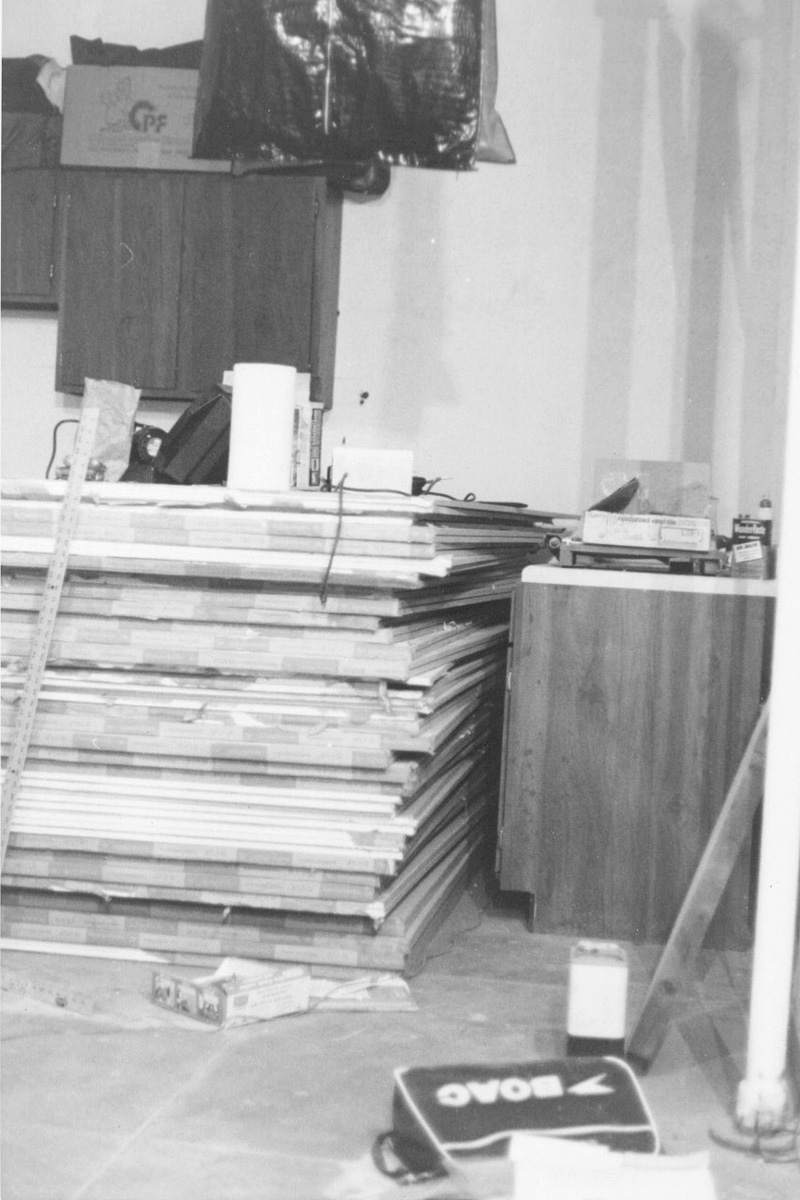 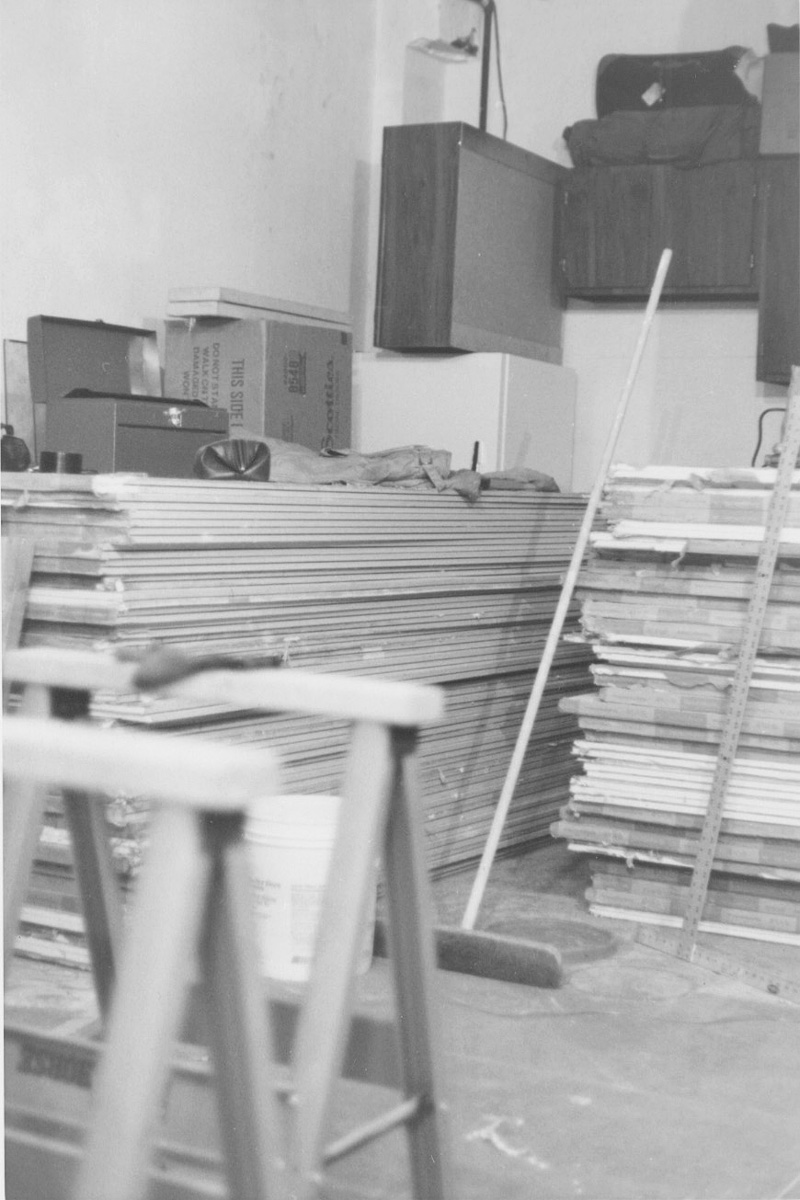 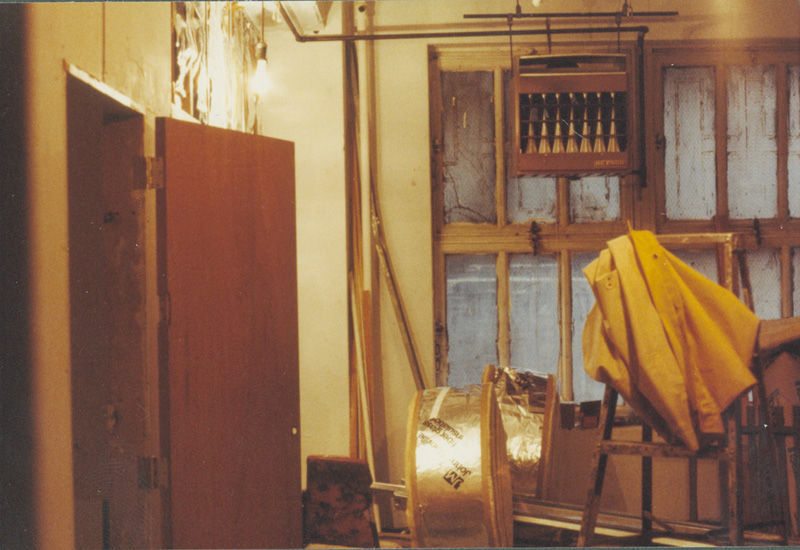 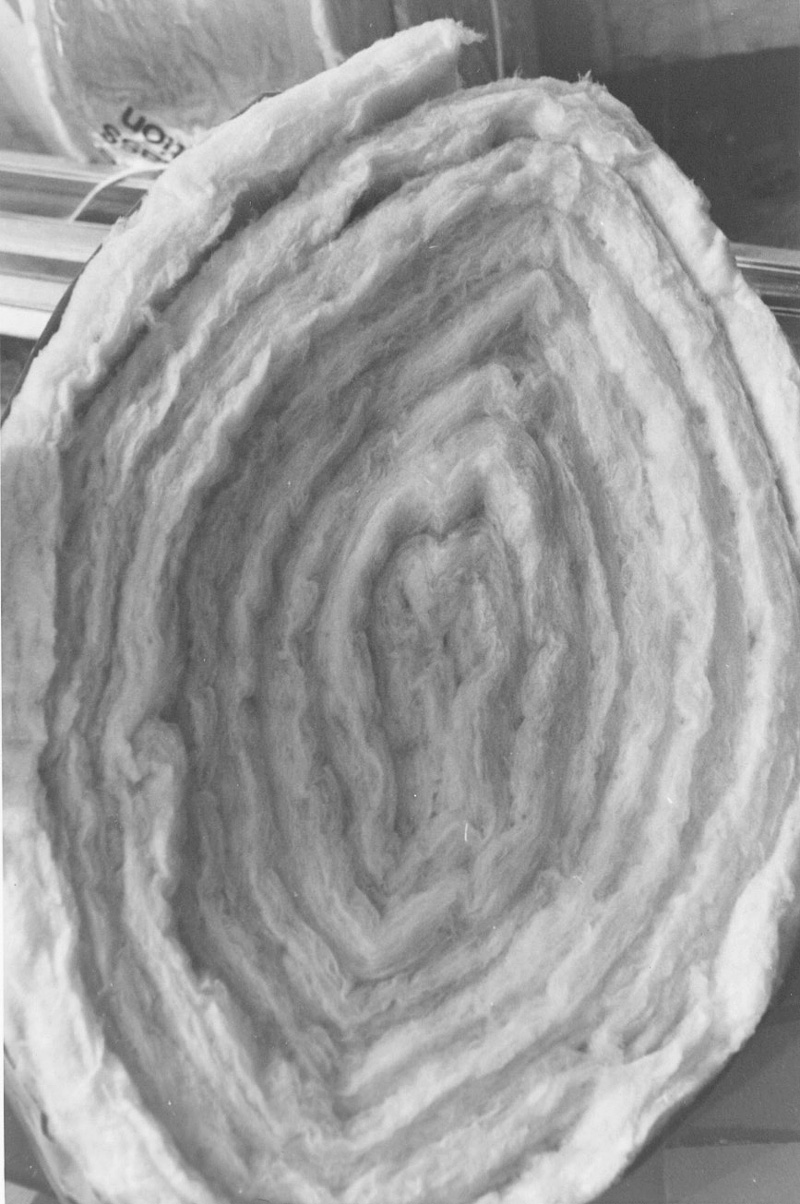 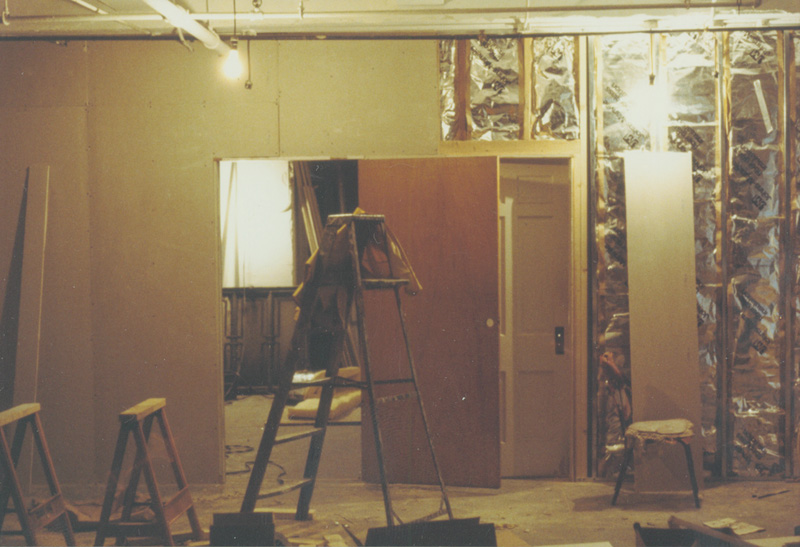 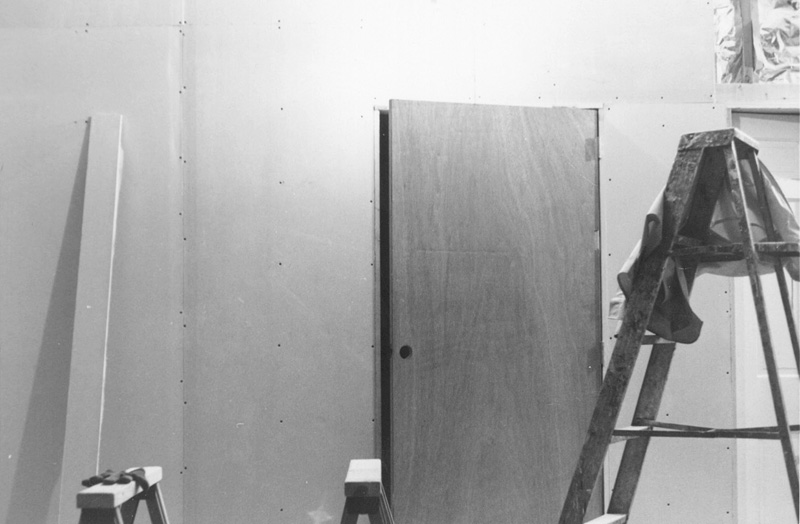 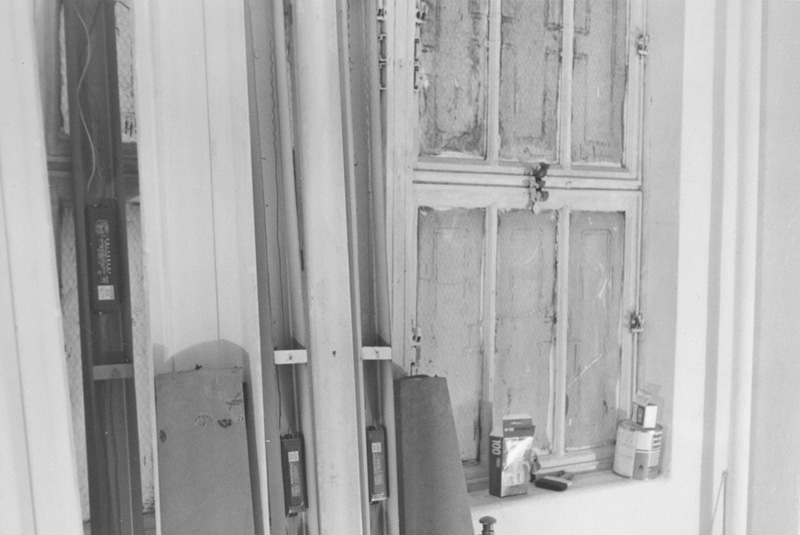