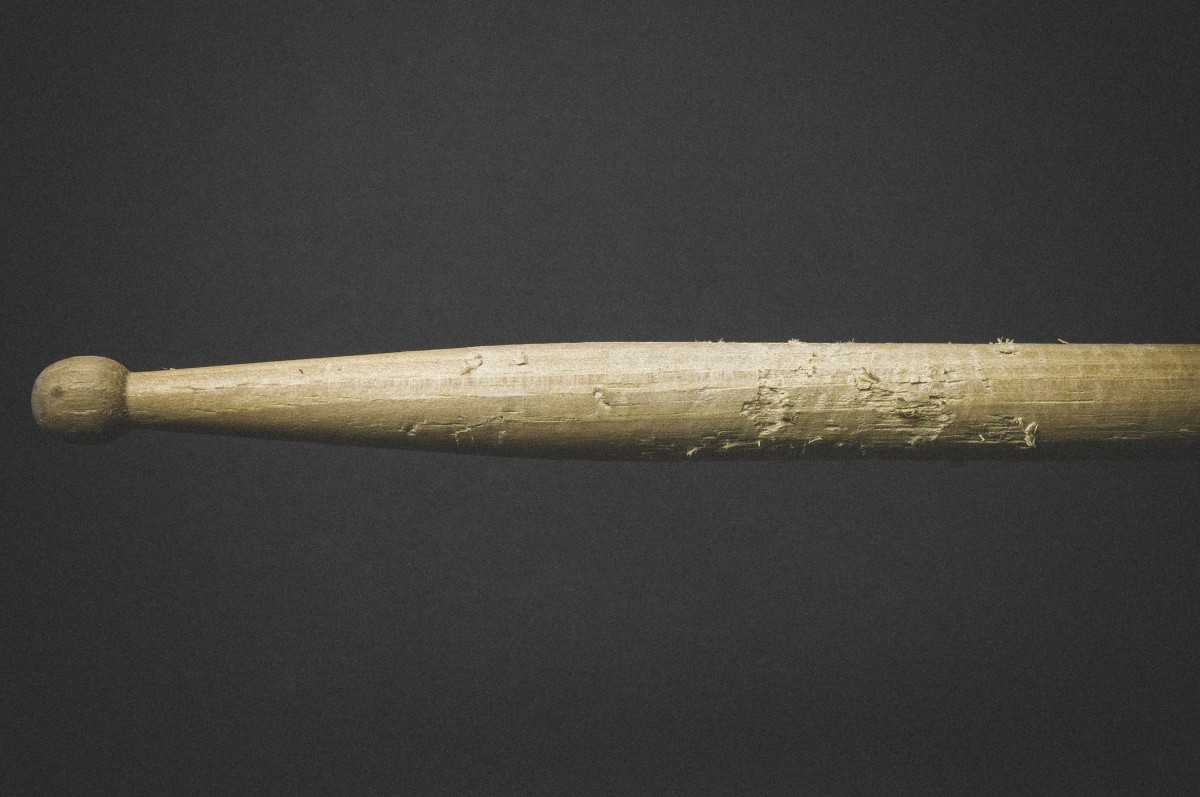 It started out innocently enough. A thrown drumstick by Jay or me, aimed to miss. Then a drumstick thrown back a few days later.

The front desk was in the center of the lobby of Giant. It was in front of the large windows facing 14th St. then if you sat at the desk and turned you head to the left you could see all the way to Jays control room. Before the control room you would have to enter a storage area from the lobby, Fred’s office then the recording/bedroom area of Jay’s studio.

Either Jay or I would start by hurling the first drumstick. All I would have to do was stand from behind the desk, lean forward a little and let one hurl. It would spin and hurtle its way down 4 rooms till it barley missed Jay sitting in his control room. He would cackle with glee and run wildly around the room collecting drumsticks. I of course had a handful ready. Each would take turns hurling the drumsticks down the hall. Once in awhile one with a broken end would hit a wooden door and stick in like an arrow.

Sometimes I would be sitting at the desk with a band standing in front of me paying or trying to book some time and a drumstick would spin out of control in between us then come crashing against the area on the side of us. They would look at me like what the fuck was that. I would stare back blankly as if it was no big deal. And it wasnt.

I would return favour and hurl one at Jay as he was mixing or recording a band.

The wars sometimes would extend out into the studio.

For whatever reason no one ever got hurt or even hit I dont think. We probably would of felt really bad if we did hit or hurt one another. Even though they were hurled at certain times with all ones might the aim was calculated not to hit but create the biggest crash on the other side.

One could not help but be caught up in the madness and anarchy of Giant.

If I had me a drum stick & real good arm right now — you can bet I’d try to nail paul — Yeah It’s fucking amazzzzzing no one ever lost an eye — I loved it when the battles would extend into the zig zag halway and when a drumsick would repeteaaly catch a wall at 45 mph there was no telling what it was going to do. All you could do is throw your hands around your head, wince -& hope for the best —

The innocent bystander/ human sheild componant of this is what really made it all worth wile. —