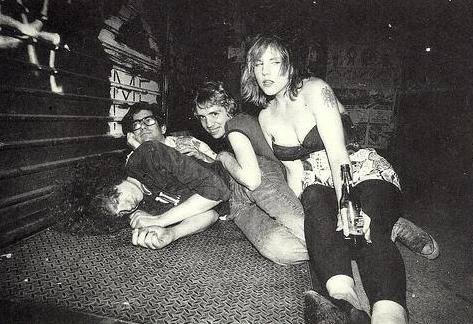 One of my all-time favorite bands at Giant has to be Da Willys. I never went to see them live. Never really heard them play except sticking my head in the practice room to give them 5 minutes, but they still rank as one my favorite Giant bands. They were the darlings of the short lived “Scum Rock” scene. Ill post more about this later.

Da Willys consisted of 4 people. Willy was the the bass player. He was really tall with a wild bushy red untamed afro and thick reading glasses. He was a true fan of rock and roll and punk. I see him in all of the old videos and movies with footage from CBGBs and Max’s Kansas City in their heyday, shaking his head wildly in the front row. The drummer was a slight nerdy guy with a mod haircut and geeky square glasses.. the guitar player had greasy wild hair and a leather jacket with hardcore buttons and tight black pants and pointy boots. The lead singer was a large girl who always dressed like a trash movie star from the 30’s or slightly punk with always changing hair color and style.

To me they represented the apex of punk DIY music. Their style spoke loudly when they walked in the door. They were always the most friendly group of freaks (and I mean this in the best way) that walked through the Giant doors. Sometimes Willy would just come up and sit on the couch drinking a 40 and bask in the cacophony of 20 or more bands playing at once. He truly loved rock and roll. The Ramones gave him an audition as a bass player once because he was around the scene for so long and knew everybody.

Scum Rock to me was the apex of rock and roll and its last gasp of creativity before it truly died. 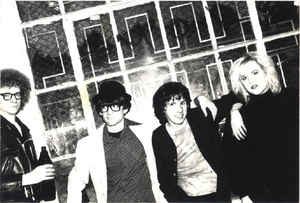 They were a real “Band” indeed — Willy was like 7 ft tall–I remember when the village voice finally caught on.. too late — and the drummer died — & then there was “Sharkey’s Machine” –a lot of those people were artists & worked at mags like “High Times” — & a pro wrestling zine years before WWF was in vogue.. all those guys were always extremely nice– Must be how the ended up backing GG Allin –go figure 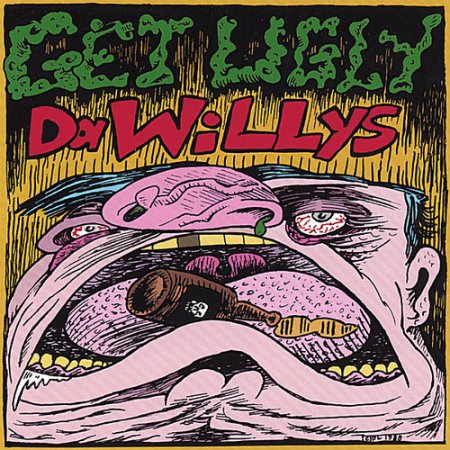 Da Willys recorded output consisted of 1 7-inch single in 1989 and a full-length album, issued on both CD and vinyl, entitled SATUHDAY NIGHT PALSY. Great stuff on them online if you poke around. Check out:
trouserpress.com 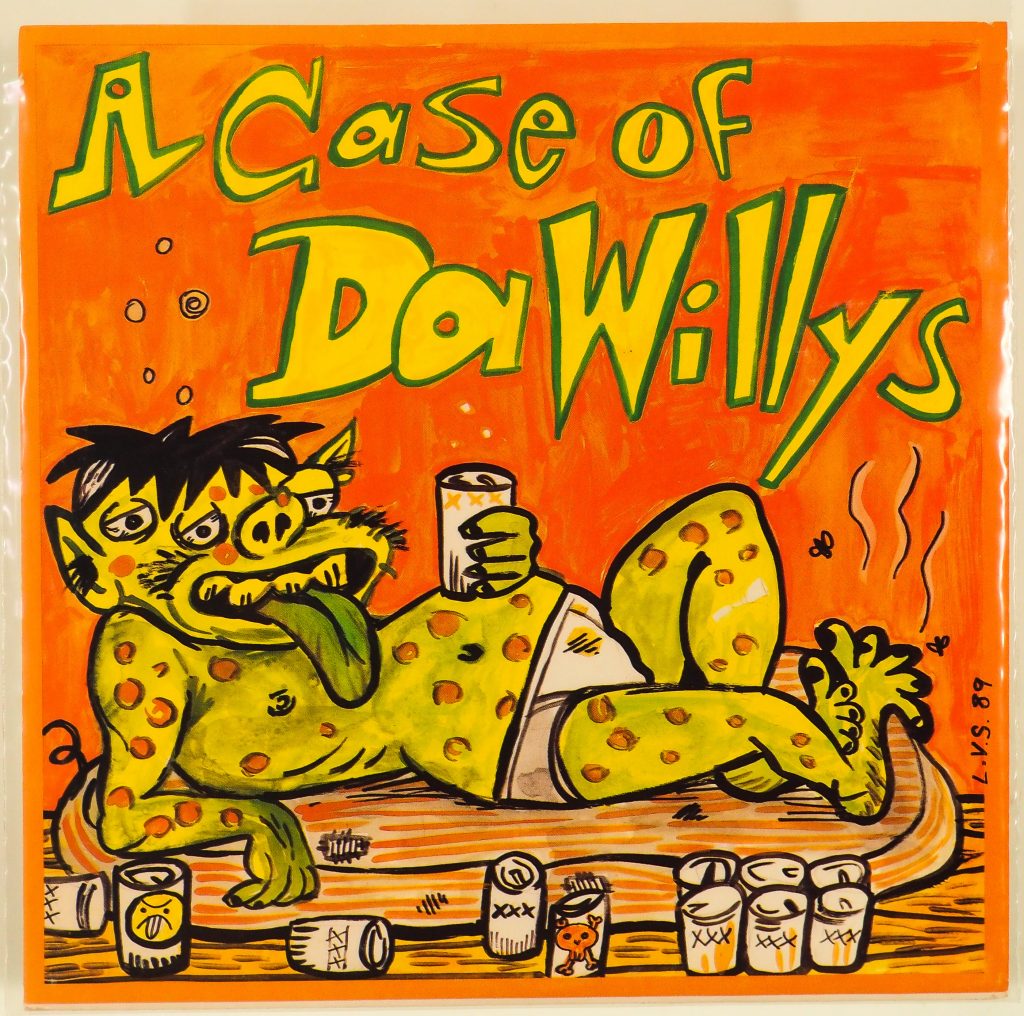