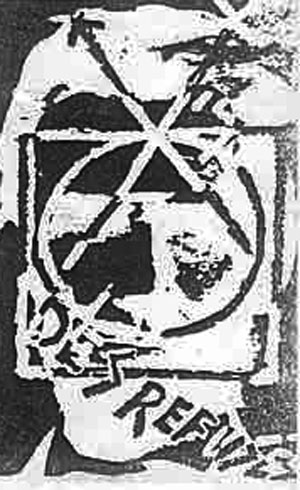 I was in this band called Des Refuses. That band later turned into The Rumprollers. But anyway, one of the coolest gigs we did was in Canada with DST, an early rap artist who later went on to play with Herbie Hancock. We got snowed in after the gig and I was the only one who was crazy enough to drive back so DST gave me his whole record collection to bring back to NY for safe keeping. I stored those records at Giant till he arrived back. He had the best collection of grooves imaginable. I taped hours of those sides and later used them as the background for my Radio Game tapes.