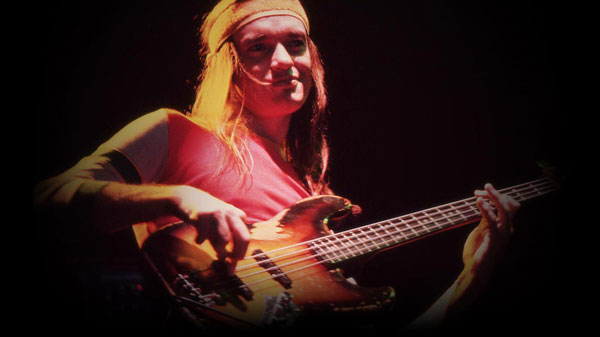 One of the craziest Giant characters has to be Jaco. There was a period where he started coming not only to play but to just hang out.

For those who don’t know him..Jaco Pastorius is called one of the greatest bass players who ever lived..but whether he was or not he was definitely somewhat of a madman at times. When he wasn’t drinking or drugging he seemed somewhat normal.

I remember him coming into the studio once..he was wasted out of his mind. His face was painted in war paint and he looked like he hadn’t bathed in a week. He had duck tape wrapped around each of his joints..so wrists, elbows ankles and knees.

Jaco had an apartment in the village and the windows of it eventually were busted out and he had all these homeless people living in his house with him. Jaco loved the street and street people.

He died in the late 80’s after getting in an argument with a bouncer in Florida (his home state) and was beaten to death.

Someone with a better memory has to tell the story of him set up to play at CBGB’s at the Dreaded Eddie benefit.

Jaco used to come to the studio a few hours before rehearsal. He would go into the big room (Studio A) and plug into the Acoustic 360 Bass amp. The most amazing stuff would eminate from that room. And I mean amazing. The definition of impossible runs, licks, scales, changes, and effortlessly…he was truly amazing. About a half hour before the scheduled rehearsal time his manager showed up. Jaco would demand money from him for “operating costs”. Jaco would disappear for an hour. When he got back he was definitely high. He went back into the studio to rehearse with the group who had been waiting for him now for almost an hour. They started playing and he sounded really average – like any other bass player. Such a shame how a great talent gets wasted like that. Jaco was talented all around. During the breaks in rehearsal he used to draw cartoons on the back of the Giant business cards. Jeff Meyers, a bass player and good friend who worked at Giant, once asked Jaco for one of the drawings. So Jeff, if you are out there, will you scan that and post it to this board? 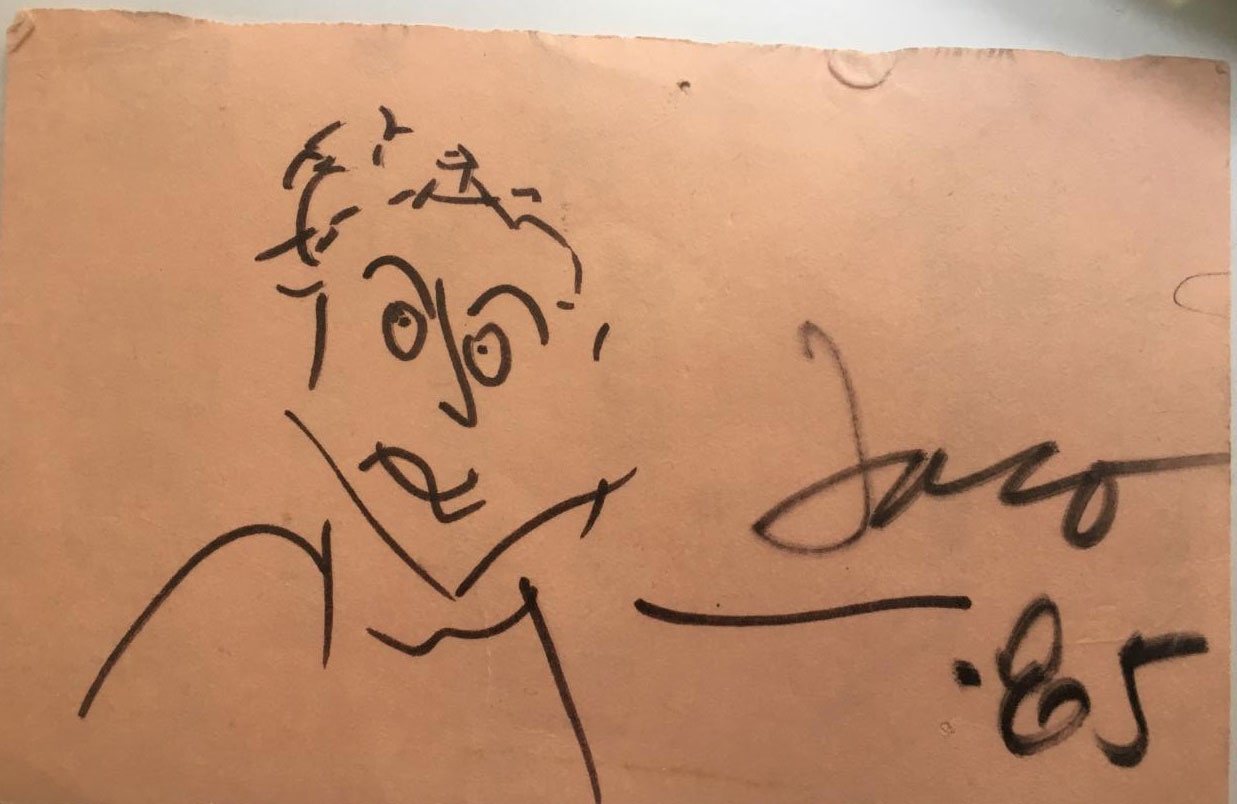 He would play in the mornings like Fred said and Oh what a sound, sometimes he would ask for several bass amp heads to link together. He blew up the big Marshall guitar head in the Big Room more than once. His manager was SUPER SLEAZY, He seemed like a cut rate pimp or something. Jaco would demand money “for operating expenses” and the manager guy would hand over a 5 dollar bill which Jaco would just hand to me saying “Take care of us today kid” and he’d go back into the room and I’d hand the 5 bucks back to the manager. He was a great bass player and an unusual character.