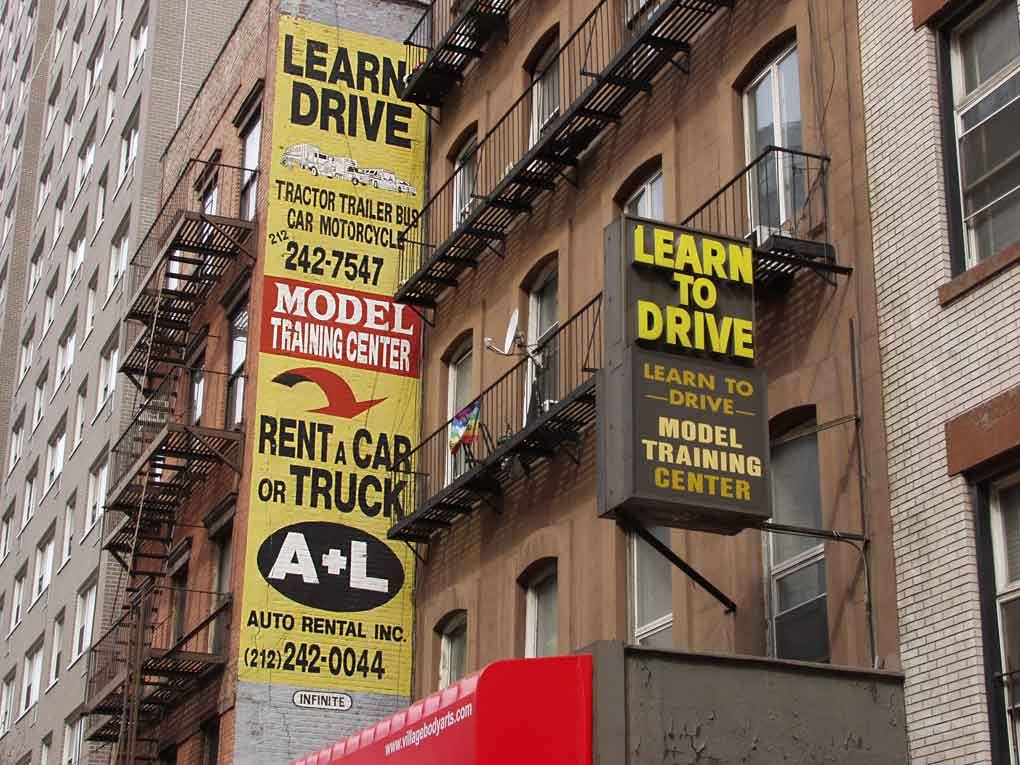 I have the 1/2 inch mixes from Bat Cave, at least I think they’re half inch, maybe quarter? I dont have the 8-track masters, I don’t think. They too need baking.

Ahhh, Dorfman, that guy was so cool. That was when we were Step Outside, definitely the best sounding stuff I was part of back then, Paul’s style really gave the band a cool drive. He played “Shortnin’ Bread” as the bass line to one song!

Yeah, the “Fez Sessions” did wind up being Dog Face Boy, it had that psychedelic new wave cover of Morning Dew on it, right? And that song in 6/8 called “Eye of the Chicken.” And the tune where all the lyrix were taken from the film classic “I Spit On Your Grave”? And my girlfriend at the time, Beth, came in all innocent and sang that stuff about “I’m gonna hang you from the highest tree…” Very weird song which I have no record of anywhere.

And the more I think about it, the more I think you’re right, that crash into the Learn to Drive sign DID happen when we were there, there was like this ungodly sound of steel and we all just jumped up to the ledge to see it…

I think I remember “The Fez Sessions” — I have tapes that are all boxed up, some mislabled & all need to be baked before they get transfered to somekind of useable formatt. It’s going to be a tough project -paul has the 8 track machine & we plan on getting it into working order at some point. I’ll Let you know If I have anyting when I get into pawing through the stacks. Sooner than later I hope. Do you still have any of that SOF bat cave stuff to dub off?? I’d love to get my hands on a coppy of that! Not sure—did you ever hear BFL “Hell House”?–has some of those great tunes from that era. I could swear that you were the guy that pointrd out the irony with the car crashed into a storefront wit “Learn To Drive” emblazened above.

I know it’s not funny, & then again — one night a guy & his girlfried ran their white tr-7 into the car rental place across the street — the guy was reeling in agony on the sidewalk while his girlfriend stood there with her arms crossed chewing gum.. Above them in huge letters “Learn To Drive -Rent A CAR”– I think I was recording Pete that night –anyone remember?

Man..some of these stories remind me how fuking burned out I am. I can hardly remember any of this shit. There are like 10 stories to be told in just these post above..argg..me ‘ead ‘urts.

Man, that kind of DOES ring a bell… Was that when you were recording Dog Face Boy? And by the way, would you have any tapes from that session?