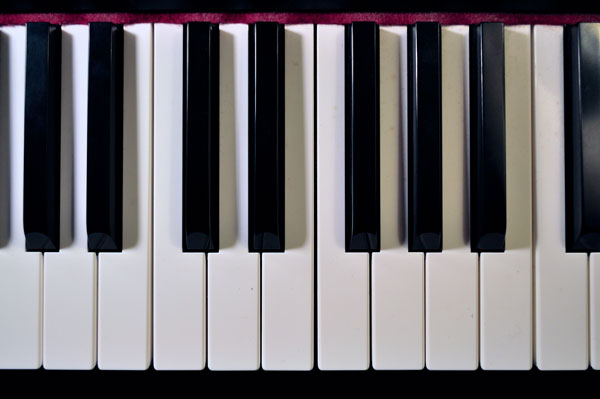 So I break up with my girlfriend and move to w38th St., the heart of the music rehearsal district. It’s Fall 1983 or 4 — I was a pretty good piano player & I needed a place to practice so I crack open “The Voice” & see this ad for Giant “Talk to “The Doc” — So It turns out that the place is nearly across the street so I call & it seems I can weasel my way in there & practice for a mere $5 bucks an hour. So I head over one afternoon & get in the elevator somewhere around the 4th floor I start to hear this strange din –I get up to 6 & the door opens and cautiously walk into most chaotic shit my green self had ever seen or heard. I make my way down this hallway of studios where the totality of conflicting music makes the floor do one thing, the walls do another — but there’s nothing quite like a sudden stray bass note rattles the tin ceiling in a way that makes you realize you’ve just entered rock & roll hell. So I make my way down the hall–there’s punk rock & reggae flyers every where & these really cool Sean Taggart posters. I get to the desk/reception area & there’s Mike, He make’s me feel right at home.

Studio “A” was open and happened to be a big funky room with this beat to shit looking white grand piano. So I sat down at it &was pleasantly surprised. The thing sounded & felt wonderful.

So over the next few weeks I get back in to play & gradually get to know the crazy cast of characters who work at or frequent the place. Some of these guys are serious musicians with a real scene going on while most of the bands/clients were punk/ska /death medal/ hard core/ ….whatever flew .. the place was kind of like a skating rink or bowling ally.

So one day .. a few weeks in I’m playing the piano in studio A —- at this point I don’t think they were even charging me any more …In the room Fred (the low key proprietor of Giant) was struggling to put this huge air conditioner in what was once a window. I helped him out with it and soon enough got drawn into the Giant work force.

I was to become “A Studio Guy”

And then what happened?

So my first night was going smooth until this kid comes out of studio C and asks for help with the PA– So I go in & this Metal crack head kid is standing on the Smiley Bros piano– I take a look at the pa (one of those solid state Yamahas with the knobs on top.It didn’t look quite right .. there was a knocked over mike stand near by & I pieced together that the kid let loose on the board with the mike stand bottom — but what the fuck did I know — was the board like that before ?? there was a lot of beat up gear at giant. The interns were all down the hall in Jimmy D’s rehearsing Paul & Michael dealt with it somehow– I think the band was called Nevermore–

and after that they NEVER rehearsed at Giant any MORE.

It’s funny how a (at that time) skinny little punk like me (even with Paul’s muscle) could walk into a room with some deranged punks and BAN THEM FOR LIFE! As I recall I had two beers on the way into the room and three after it was over just to CHILL.. I guess I ruined that rehearsal that night!