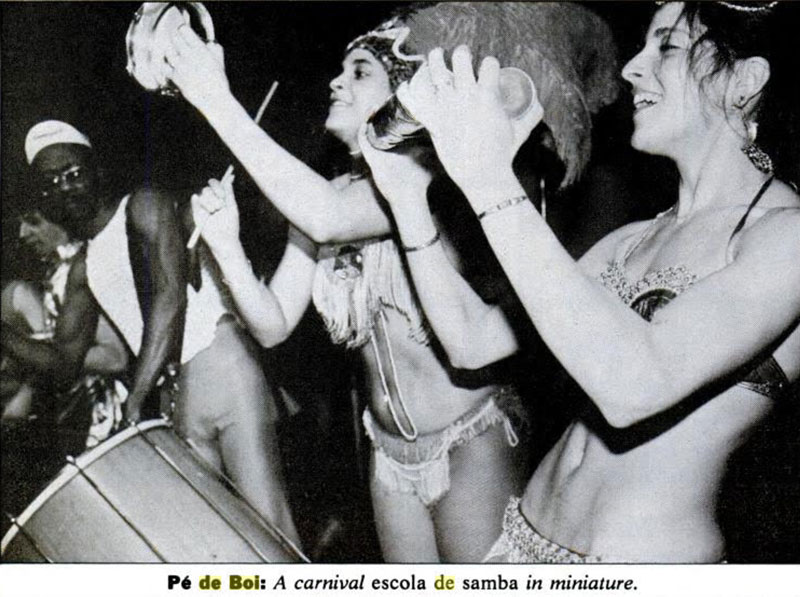 Wasn’t Zebeto the lead singer of Pe De Boi, the “Power Samba” outfit that played at 38th a lot? I just remember one Christmas season, Hubel started singing that to the tune of “It’s beginning to look a lot like Christmas…”

He sadly passed away years ago. Sapel is my neighbour..he was the co-leader of Pe De Boi. He mad cool. I will post a story about them and Jaco Pastorious once that thread gets started.

That’s sad about Zebeto. I’m really happy that so many of us are still alive, to be honest.

Zbeto was also the lead singer in the amazing Jimmy Daniel band Brazuka! Which also featured some pretty incredible talent including Ciro Batista, who has gone on to amass quite and impressive discography. What a crazy cool bunch of guys!

THe other bandleader for Pe De Boi..who’s name escapes me also died.
Pe De Boi would play in Central Park and gather a crowd of 1000’s. They would do capoera and have hot scantily clad dancers shaking their asses.

Now you cant even play a kazoo in the park without the cops kicking you out.

Guilherme Franco was the leader of Pe De Boi

Man they were ALWAYS great to have in the big room, those chicks were SOOOO hot!