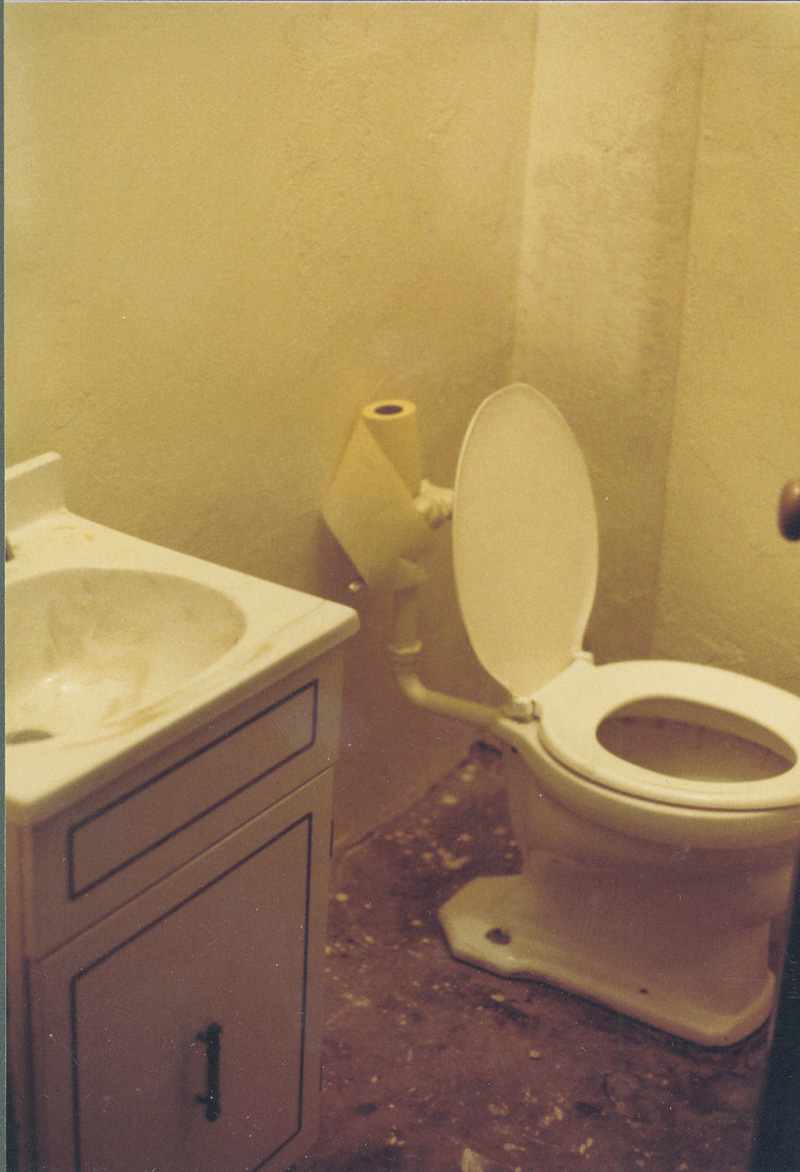 So I was living for $100/month in my friend Tod’s apartment on West 111th Street, having moved uptown when his parents moved out and left the place to disintegrate. We never did dishes and we had roaches all over the house, thousands of them. Hubel lived a couple blocks away, we’d meet for breakfast at like 2 or 3 in the afternoon on weekdays then go back to one of our places to write songs. And John Berry’s Hell House with Bosco and the Beastie Boys hanging out and Big fat Love taking shape was only 11 blocks down Broadway. The upper West Side was oddly fertile with scuzz back then.

Anyway I had occasional work but I was pretty much drinking all day every day and just sleeping late, writing songs, recording on my Portastudio, smoking pot and drinking at the bars at night. I guess Eric put the bug in my ear that Giant could use a janitor, and that was about the only work I was qualified for, so I took the gig. I am grateful to Fred for giving me any kind of work then, I sure was a messed up little puppy!

I would hang with Craig and sometimes Jersey Jeff Jerzin, as Eric called him, on the day shift, we used to order from that coffee shop next door (Andrews?) — you’d call in and order like 10 things and the guy would always say “And what else?”

Anyway, I would come in, pick the cigarette butts and beer cans out of the rehearsal rooms from the night before, vacuum, do Roach Patrol, and clean that ratty little toilet that was situated uncomfortably close to the front desk. I remember over the toilet was a bunch of graffiti, some of which our drummer Doug Ryan immortalized one night while pissing. We were all hanging out in the reception area, I think it was right after an all-night after-hours Giant jam so like everybody was there, and no one was saying much cuz we were all baked, and suddenly out of the bathroom you hear Doug singing, in the manner of a medieval round or a Gentle Giant prog tune: “Flush the toilet you fuckin’ pigs / One-to-One / Motherfuckin’ toilet / Flush the toilet you fuckin’ pigs / One-to-One / Motherfuckin’ toilet… ”